Below is a table that breaks down techs and their effects:

Keep in mind that +Spread doesn't mean that the spread gets worse, the same way that -recoil does not mean that the recoil gets more manageable.
These +'s and -'s just refer to the way it affects the stat readout.

The rarity of the tech DOES impact the stats it will impart.
Common will be +1 or -1, Mythic will be +7 or -7, respectively.
Techs can also be upgraded by fusing 3 of the same rarity together until mythic, similar to items and armors.

From mythic you need a tech upgrade kit to upgrade tech further!
(Tech upgrade kit can be crafted with Oil from world boss geoff, diamond and a stat mutator)
Tech upgrade kit upgrades are 100% unobtainium, 60% ascended, 40% abyssal and 33% void.
This means once it's unobtainium it will fail several times before getting to the higher tier.

You can upgrade easily by going to the modify tech and clicking the arrow in the corner of the tech. 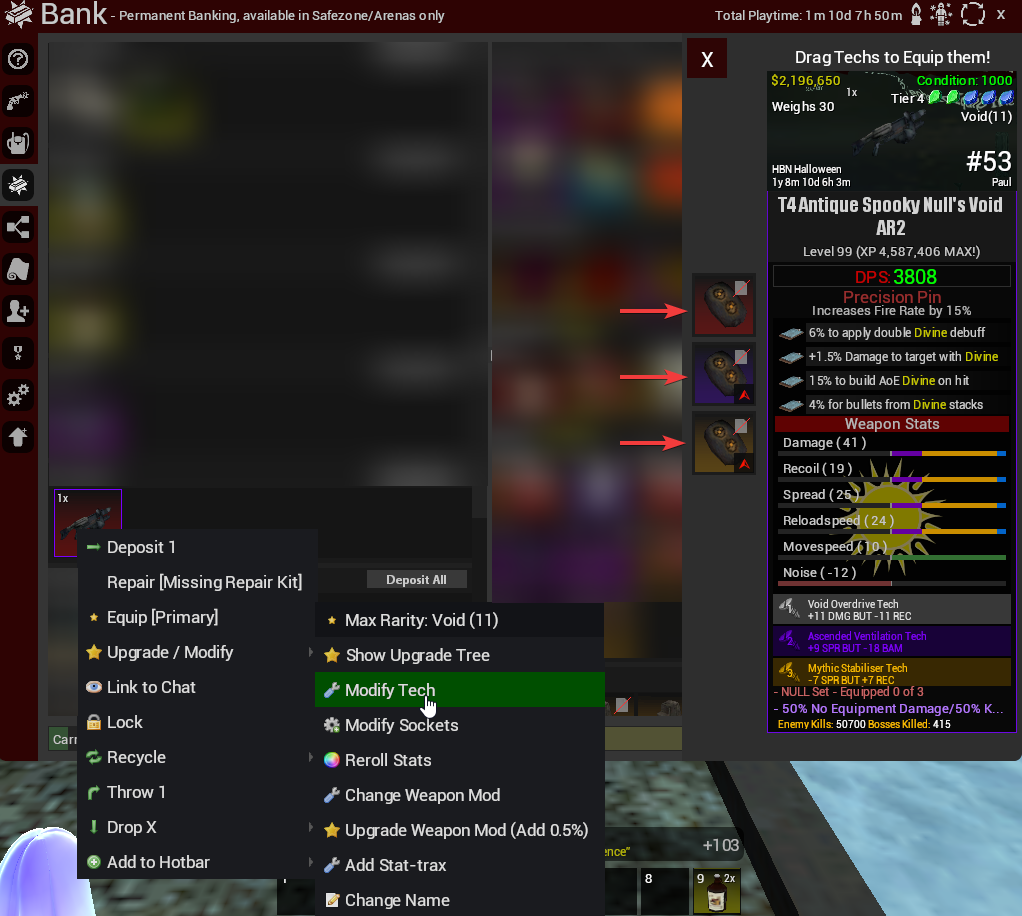 Weapon mods can be obtained through the auction, crates that can drop them(these mention on highlight), the "Mod Hunt" quest, or beating bosses in Epic Elite and higher!
The mod you get is random with a random %, once you have the mod you want you can use more weapon mods to upgrade your current weapon mod by 0.5% until 15%.